(THIS IS THE FIFTH AND FINAL PART IN A SERIES OF IN-DEPTH DISCUSSIONS ABOUT COLLECTIVE SELF-ACTUALIZATION, AND THE THEORIES AND THOUGHTS BEHIND IT. IF YOU HAVEN’T ALREADY, WE RECOMMEND READING THE FIRST, SECOND, THIRD, AND FOURTH PARTS BEFORE CONTINUING.)

We’ve come so far on our journey.

We’ve discussed the Theory of Human Motivation and how it drives the individual to achieve their full potential.

We examined the criteria that defines Self-Actualization, taking it from an abstract to a tool for real-world applications.

We’ve taken that theory further into understanding how groups, or Collectives,

can achieve another level of Self-Actualization, one that benefits the entire family, team, or cooperative rather than just one person.

We’ve also come to understand that every level of the Hierarchy of Needs is just as important as any other, because without fulfilling each of them, we cannot reach that pinnacle of Self-Actualization and beyond. Armed with our new understanding of the world and how we can affect change in both positive and negative ways, we are ready to apply this on a much grander scale, and to progress towards a global egalitarian society.

From the mind that developed the concept of the Global CSA Initiative:

“Now what place does an idea like Collective Self-Actualization have? Perhaps, it is the perfect candidate for being the organizing principle for society.

An organizing principle is a central assumption from which everything else derives its value. Take for example the grid pattern of the layout of the streets in downtown

Manhattan. If a building was built in the middle of an intersection, that would be a problem because that building’s placement comes in direct conflict with the organizing principle of the grid-pattern layout.

So, to conclude all this, what we are proposing is a lofty, but not impossible, goal. We want to get a critical mass of precious human beings on board to this idea of using the concept of individual and collective self-actualization as a real goal that we can head towards as a society.”

Yes, it certainly does seem like a lofty idea, especially to a human race who, with very few exceptions, knows only the reality of inequality that we live under. We are suggesting that, as a Global Collective Self, humanity will only be able to realize our full potential when the fundamental needs of every human, as outlined in Maslow’s Hierarchy, are met and secure.

And this is something that we can all help to achieve, and in many different ways. It’s not a club to join where monthly dues are automatically deducted from your debit account. It’s not a “Change Your Life In 30 Days!!!” gimmick. The Global CSA Initiative is a group of people that seek to make the world a better place for everyone by helping to secure the basic needs of all humans, and to teach others how they can help on any level – locally or globally.

create, such as starting a communal garden in impoverished areas, can have far reaching effects and are just as important as combatting the global crisis of climate change. Because, remember – without the security of our basic needs of survival, we will never see the sunrise from the top of the mountain.

This concept is not for sale, and it’s not for profit. As lofty as it may seem, it is still a rather simple concept when we break it down to it’s most basic parts, building from the foundation of the individual to the ultimate shift towards Global CSA that we believe may be humanity’s only chance for survival. Obviously, the way things are going today certainly isn’t sustainable.

Collective Self-Actualization is an idea that is for the entire world, not just a privileged few. There is no cost to contribute to the Global CSA Initiative – your effort is all that is needed. Your support is always appreciated, but never required. There is no exclusive literature – no “10 Simple Ways To Use CSA!!!” booklet for just $17.99 plus shipping and handling, and don’t forget to send one to mom. Global CSA can, and should, be implemented into our lives – everyone’s life – today. Right now. It doesn’t cost you anything, and you can start right in your own community. 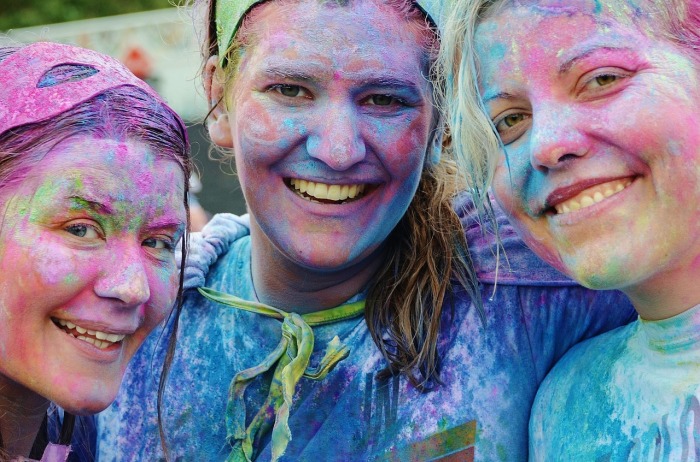 (THIS IS THE FOURTH IN A SERIES OF IN-DEPTH DISCUSSIONS ABOUT COLLECTIVE SELF-ACTUALIZATION, AND THE THEORIES AND THOUGHTS BEHIND IT. IF YOU HAVEN’T ALREADY, WE RECOMMEND READING THE FIRST, SECOND, AND THIRD PARTS BEFORE CONTINUING.)

So, here is the real question – How can I, through Self-Actualization, help anybody other than myself? How does fulfilling my personal Hierarchy of Needs translate from my own life into the lives of others?

This is the whole idea behind the Global CSA Initiative. In his original development of the Theory of Human Motivation, understanding what drives the Individual Self to achieve its full potential was the primary subject in Dr. Maslow‘s work. But, in his later years, he criticized himself for limiting his concept to individualized needs. He realized that there were still greater heights to be reached through continuing to work toward the common good of humanity – in fact, he pointed out that, in many cases, Self-Actualization was the ability to do just that. END_OF_DOCUMENT_TOKEN_TO_BE_REPLACED

(THIS IS THE THIRD IN A SERIES OF IN-DEPTH DISCUSSIONS ABOUT COLLECTIVE SELF-ACTUALIZATION, AND THE THEORIES AND THOUGHTS BEHIND IT. IF YOU HAVEN’T ALREADY, WE RECOMMEND READING THE FIRST AND SECOND PARTS BEFORE CONTINUING.)

When Dr. Abraham Maslow initially developed his Theory of Human Motivation, the concept of Self-Actualization didn’t actually have a working definition; instead, he looked for common characteristics in some of the intellectual figures throughout history that he felt had reached their full potential as human beings – Abraham Lincoln, Leonardo DaVinci, Frederick Douglass, Eleanor Roosevelt, and others.

(THIS IS THE SECOND IN A SERIES OF IN-DEPTH DISCUSSIONS ABOUT COLLECTIVE SELF-ACTUALIZATION, AND THE THEORIES AND THOUGHTS BEHIND IT. IF YOU HAVEN’T ALREADY, WE RECOMMEND READING THE FIRST PART BEFORE CONTINUING.)

When he developed his visual representation of the Hierarchy of Needs as outlined in his Theory of Human Motivation, 20th Century American psychologist Dr. Abraham Maslow called the topmost portion of his pyramid “Self-Actualization”. He intended this to be representative of the state of true fulfillment, where fears and anxiety about satisfying our basic needs have been calmed and we are free to pursue that which will make us most fulfilled. Reaching the full potential of our existence is what “Self-Actualization” is all about. END_OF_DOCUMENT_TOKEN_TO_BE_REPLACED 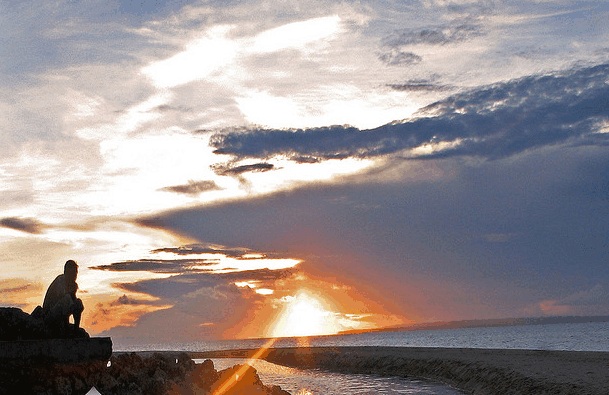 (This is the first in a series of in-depth discussions about Collective Self-Actualization, and the theories and thoughts behind it.)

In the middle of the 20th Century, an American psychologist named Abraham Maslow took a risk when he decided to take a different direction than that of the majority of his colleagues. The generally accepted purpose of psychology was to figure out what was wrong with people – why they acted out, why they felt angry or depressed, what causes negative emotions or behaviors. Maslow decided to take a path less travelled, and instead focused his study on what was right with people. END_OF_DOCUMENT_TOKEN_TO_BE_REPLACED

"What we can be, we must be.
This highest need we call Self-Actualization."

This concept is what drove Abraham Maslow to develop his Theory of Human Motivation. We propose that this same concept can be applied to our global community as a guiding and organizing principle for progress towards a truly equal and inclusive society. We CAN live in a world without war, without poverty, without hunger. It starts with us... ALL of us.